Abaco Systems announced that it would support the Freescale QorIQ processor architecture in future generations of single board computers. But what exactly is QorIQ – and why is it important?

To answer the second question first: QorIQ is representative of the industry trend that is seeing multi-core and many-core processors grow in popularity.

However: slots in a chassis are always at a premium – and the need to constrain power/heat dissipation is invariably a challenge in designing these leading edge platforms. The advent of multi-core and many-core processors allows, in effect, substantially greater processing density to be achieved within a given number of slots – without an undue adverse effect on power/heat. This is achieved by processor manufacturers by using increasingly fine manufacturing processes: the QorIQ processors, for example, use a 45nm process.

Multi-core and many-core processors allow military embedded computing systems designers, then, to develop much more powerful systems that can be small in size and low in weight. It's not just about raw processing power, however. For many system designers, there is a requirement to partition applications – using different operating systems with different strengths/capabilities, for example, or continuing to use legacy systems developed for one operating system in tandem with new applications developed using a different operating system. With a single processor architecture, this is possible using software to create the partition – but it invariably invokes a performance penalty. Implementing the same partitioning scheme is more efficient when more than one processor is available.

That's why Freescale's processor architecture is important – because it brings new levels of substantially superior processing power and flexibility to military systems designers. But what is QorIQ?

According to Freescale, QorIQ platforms enable the next generation of a broad range of applications by offering new levels of performance, power-efficiency and programmability. Built using one or more high-performance Power Architecture cores, QorIQ platforms are system on chip (SoC) processors designed with networking applications in mind. They consist of single-, dual- and multi-cores - all based on Freescale's e500 Power Architecture technology. Importantly, for Abaco Systems customers, QorIQ is an evolutionary step from previous Power Architecture Freescale processors – allowing upgrade and technology insertion while maximizing customer investment in software, applications and expertise.

Abaco Systems has announced support for the QorIQ dual core P2020 and the eight core P4080 processors – but, in fact, the QorIQ range extends to five different platforms, using one or multiple e500 cores. These begin with the QorIQ P1 and P2 platforms - five package-, pin- and software-compatible processors designed to ease the transition from single- to dual-core processing. The QorIQ P4 platform integrates up to eight enhanced Power Architecture cores, a tri-level cache hierarchy, innovative CoreNet on-chip fabric and datapath acceleration. All platforms are delivered at 45-nanometer (nm) geometries - offering exceptional performance at embedded power budgets capping at 30 W.

The P2 platform is designed for a wide variety of applications in the networking, telecom, military and industrial markets. It will be available in extended temperature with junction tolerances from -40 to +125° C, especially suited for demanding environments. This mid-level platform offers initial device performance up to 1.2 GHz.

The P2020 processor is a member of the P2 platform and includes, among other integrated functionality, a 512 kB L2 cache, a security engine, three Gigabit Ethernet controllers, USB 2.0 controller, a 64-bit DDR2/DDR3 memory controller with ECC support, dual 4-channel DMA controllers, a SD/MMC host controller and high speed SerDes lanes which can be configured as three PCI Express interfaces, two Serial RapidIO interfaces and two SGMII interfaces. The P2020 is packaged in a 689-pin TEPBGA2 package which is pin-compatible with the P1 family processors. The P2010 includes a single 1.2 GHz core, while the P2020 includes two 1.2 GHz cores, the latter supporting both symmetric and asymmetric multiprocessing running multiple operating systems in parallel. Abaco Systems offers two single board computers utilizing the P2020 architecture: IMP3A 3U CPCI and PPC9A 6U VME SBCs.

The P4 series is a high-performance platform designed initially for backbone networking and enterprise-level switching and routing. The P4 family offers an extreme multi-core platform, with support for up to eight Power Architecture e500mc cores with initial frequencies up to 1.5 GHz each, connected by the CoreNet coherency fabric. The cores are supported by a hardware hypervisor and can be run in symmetric or asymmetric mode meaning that the cores can run and boot operating systems together or separately. Processors in the P4 platform will include a variety of feature sets including integrated L3 caches, memory controllers, multiple I/O-devices such as DUART, GPIO and USB2, security and encryption engines, a queue manager scheduling on-chip events and a SerDes based on-chip high-speed network configurable as multiple Gigabit Ethernet, 10 Gigabit Ethernet, RapidIO or PCI Express interfaces.

The P4080 processor – support for which has been announced by Abaco Systems – is the signature member of the P4 platform. It includes eight e500 cores, each with 32/32 instruction/data L1 caches and 128 kB L2 cache along with 2 MB of L3 cache and dual 64-bit DDR2/DDR3 memory controllers. The P4080's datapath acceleration subsystem includes hardware acceleration for buffer management, packet parsing and classification, encryption, and regex pattern matching. It supports Ethernet configuration options of up to eight Gigabit (SGMII) or two 10 Gigabit Ethernet (XAUI) plus two Gigabit controllers. The P4080 offers three PCI Express v2.0 ports running at up to 5 GHz and two Serial RapidIO 1.2 interfaces running at up to 3.125 GHz. It also has various other peripheral connectivity such as two USB 2.0 controllers, and is designed to operate below 30 W with eight cores at 1.5 GHz each.

Overall performance is enhanced via a Datapath Acceleration Architecture (DPAA) that simplifies multi-core processing by allowing any core to send or receive packets from any Ethernet interface or use any on chip accelerator without using software locks. This virtualized datapath provides improved networking performance and reduces software complexity. The acceleration architecture works in concert with the cores to manage packet routing, security, quality-of-service and deep packet inspection – freeing the cores to focus on value-added services and application processing. The CoreNet fabric also boosts performance by eliminating bus contention, bottlenecks and latency issues associated with shared bus/shared memory architectures that are common in other multicore approaches.

The QorIQ P4080 also offers a new level of platform trust in both boot and runtime environments. Using on-chip boot ROM and fused keys, developers can configure the P4080 to validate a signature over its executable code before allowing it to run. Successful validation authorizes the P4080 to use fused keys to decrypt additional secrets stored in non-volatile memory. At runtime, the e500 hypervisor privilege level, in conjunction with embedded hypervisor software allows system developers to create software partitions with both dedicated and shared resources. The hypervisor and P4080 I/O MMUs enforce partition access controls without relying on the cooperation of the software running in each partition while also simplifying sharing of platform resources through virtualization. Abaco Systems offers three single board computers utilizing the P4080 architecture: PPC10A 6U VME, SBC312 3U VPX and SBC612 6U VPX SBCs.

In summary, products based on the QorIQ platforms from Freescale represent an exciting opportunity for Abaco Systems' customers, bringing new levels of performance to today’s applications and enabling the development of the sophisticated, demanding applications of tomorrow. 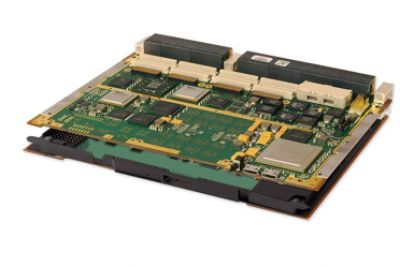 SBC612 SBC
Based on the QorIQ processor, the SBC612 delivers uplift in performance without impacting the power envelope.
Product Details 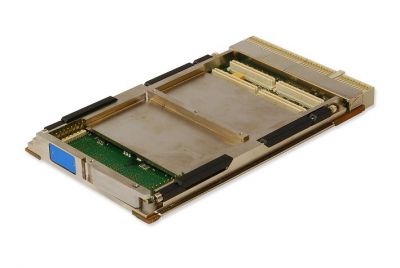 IMP3A
System on chip (SoC) processor The first Freescale QorIQ-based single board computer to join the PowerPact3 family of 3U...
Product Details