IndustryPack carrier for AT bus
REQUEST A QUOTE 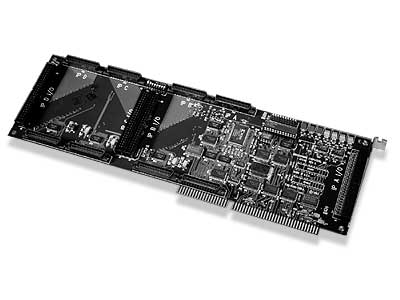 This product entered a Restricted Production Phase (RPP) on February 25, 2019

ATC40 holds four IndustryPack modules in a single ISA (PC/AT platform) slot. The ATC40 is typically installed in a 386, 486 or IntelÂ® PentiumÂ® Processor based system, although some workstations use ISA as an I/O bus.The ATC40 permits slave and interrupt access from the host processor to the IndustryPacks. The ATC40 typically resides in the ISA address space above one megabyte. This requires the use of a DOS extender (such as Phar Lap) if running DOS. Advanced operating systems such as WindowsÂ®, OS/2Â®, SCO UnixÂ®, and OS-9000Â™ can directly address high memory. The ATC40 may be set to occupy 16 Kbytes below one megabyte for DOS compatibility without an extender. Both byte and 16-bit word accesses are supported.

Looking for help with ATC40

Looking for help with ATC40