If It Ain’t Broke

Customers regularly ask me why aircraft still use MIL-STD-1553 for their communications infrastructure, rather than a significantly more modern technology like Ethernet? Here’s some of what I can tell them.

Way back in what now seems a little like pre-history, MIL-STD-1553 was studied by an aerospace industry group in the early stages of standardization of aircraft interfaces. They spent many years reviewing it. They analyzed it. They tested it. Groups met to discuss what some of the important criteria were for a critical bus for military aircraft.

A lot of effort was put into creating a communication bus standard that would be robust enough to pass the rigors of delivering valid data in harsh environmental conditions with tight timing constraints on long cable connections—and do all that while being shot at. A major goal was to create a system such that, if one critical device or connection got destroyed, an alternative/backup connection could take over with a very high probability that the pilot could still fulfill his mission. Worst case, the pilot would still have a get home capability.

Numerous companies spent many millions of dollars and significant amounts of time and effort on developing their own 1553 designs over the early years. The military services, especially, put huge emphasis on planning and support at the early stages of 1553 in order to get it right. They looked at wire, cable, shielding and coatings for the cables. They also tested for EMI, lightning and connection types to counteract the emerging electronic phenomena that could be used to locate the aircraft and enable it to be targeted.

They wanted to move critical data, and at that time, every vendor had their own preferred method of moving data available to them such as RS-232 and RS-422 and clocked- and gated data streams. These all took more wires to control—and more time to move data from one end of the vehicle to the other. They were also more prone to emissions problems.

At that time they connected all these sensors and controls more directly to the pilot or to individually designed disparate systems. Duplication of sensors had to be kept to a minimum, with a requirement that there should be a single source of true sensed data that would be brought to a single box to filter and control—and then sent to all other consumers of that data.

In other words: millions of dollars—and perhaps even millions of man hours—have been spent in developing systems that are reliable, proven and trusted. In the world of avionics, those three characteristics are absolutely vital.

The changes that have been made to systems using MIL-STD-1553 over the years have been meticulously designed and tested to ensure that those characteristics remain 100% intact. Such changes as have been made have mostly focused on shrinking the hardware, given the continuing emphasis on reducing SWaP—size, weight and power. The software has remained largely untouched, not least because the re-qualification effort necessary to fully test and verify operation would be very substantial. Beyond that: 1553 devices are not standalone in what they do; they are connected to other systems, such as mission computers, that gather data, massage it and send it on to other critical devices that consume that data. A change can have an extensive ripple effect in other systems across the aircraft. Therefore, changes are very carefully plotted out over time and requalification events.

The short answer to that customer question, then, is that there has been a huge investment to make MIL-STD-1553 what it is today—a communications technology that can be deployed with 100% confidence, that has stood the test of time, that is safe and secure and that performs. In mission-critical applications, such as flying, where lives are at stake, that counts for a great deal. Yes, newer technologies have their appeal—but to invest an equivalent number of dollars and hours in ensuring that they perform as well as 1553 makes absolutely no sense.

If you want to know everything there is to know about MIL-STD-1553, why not download our MIL-STD-1553 Reference Guide? 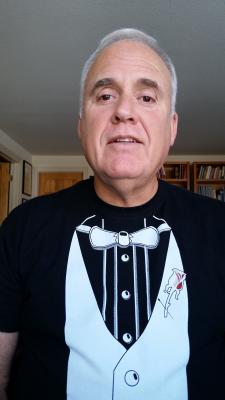 Bill Tilman is an avionics applications engineer, and has worked in the aerospace industry – notably with MIL-STD-1553 – for over 30 years. His specialties include the architecture, design, development and test of electronic systems as well as MIL-STD-1553 training and RT validation testing. A committed fan of technology, Bill spends his spare time bicycling, hiking and camping around New Mexico, dabbling with amateur radio, working on various DIY electronics and mechanical projects.