Cloud Computing in a Denied Environment

I've been spending a lot of time with the Navy down in Washington, D.C., lately, discussing their information dominance strategy. You know, with all the cool and exciting technology those guys get to play with (they have Star Wars-like lasers on ships now, and I saw a robotic lobster in the Office of Naval Research), I am always surprised that most of the discussion trends towards cloud computing, networking and the processing of big data.

Gaining information dominance is seen as a tactical advantage, and where we once talked about network-centric warfare, which migrated to network-enabled operations, we now hear network-dependent operations. The word "dependent" is key. With every manned and unmanned military asset considered a sensor, and every sensor connected and sharing data, military operations have completely changed in nature. Military forces depend on a reliable, high-bandwidth network and a constant feed of information.

We have come a long way in delivering advanced networking capabilities to the military. Commercial computing, network routing, switching and even cellular technology have been hardened to operate in the harshest of battlefield environments. Mobile ad-hoc mesh network architectures provide redundancy and firewalls provide security.

But the reality is that no network is 100% reliable and no network will ever be completely secure. Facing this reality, the U.S. Navy is focusing on how to operate in a "denied environment" and "operating while compromised.” In other words, how to maintain military operations when the communications network goes down, and how to continue operations when (not "if") an enemy hacks into the network infrastructure and cloud services that the Navy increasingly relies on.

All branches of the armed forces are exploring the adoption of cloud computing. It makes sense. By pushing applications into the cloud, rather than relying on local compute resources, many of the deployment, security, redundancy, scalability and flexibility issues that plague tactical information systems are simplified. However, unlike traditional cloud computing applications that benefit from highly reliable, always-on, high-bandwidth networks, the military cannot be guaranteed such stability.

Enemy forces are developing weapons to take out satellites and other communications infrastructure. Countries are investing billions in building up their cyberwarfare capabilities. Also, military applications that reside in the cloud are obviously mission-critical — whereas nobody's life is at risk if I cannot get access to Gmail for a few hours.

And so, like many commercial technologies that have been borrowed by the military, some additional innovation and modification is required. One interesting approach is the implementation of mini tactical data centers. Instead of relying on a few large, centrally located cloud data centers (think Google, or Amazon's S3 cloud services), the function of the data center is dispersed among many geographically disparate compute resources.

By placing some of these mini data centers as close as possible to the warfighter, right out on the tactical edge and intelligently managing application data so that the right information is available at the right time, the loss of network connectivity is theoretically mitigated.

GE has been enabling this distributed data center concept with rugged, very High Performance Embedded Computing (HPEC) systems, essentially turning a military vehicle such as a Humvee into a data center. That’s one part of the solution. The other part — making sure the data is available to the right compute resource at the right time — is the hard part. DARPA, ONR, AFRL and other government labs are experimenting with technologies and methodologies to enable the intelligent distribution of data. GE's own research facilities across the globe are working on similar solutions for the Industrial Internet.

I think we are going to see some interesting innovations in the area of cloud computing in the near future, and they will be coming from an unlikely source. 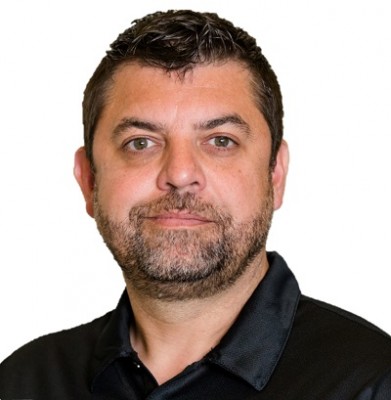