The other day a colleague said to me, “I’m confused by all these Intel Broadwell devices—can you explain?” I did…but, on reflection, I did a poor job. That’s perhaps not surprising when you look at the sheer number of SKUs (Stock Keeping Units) Intel has announced, and you can be sure there are more to come. To date, they have officially announced no fewer than 48 parts, all with different characteristics. Broadwell was the codename for the family before launch, with that moniker being dropped in favor of other naming schemes upon launch.

Broadly speaking (pun intended), the processors belong to the die shrink, or “tick” to the 14nm fabrication process of the Haswell architecture. This means that, in most cases, the performance gains are modest when compared to the Haswell “tock,” due primarily to the ability to clock slightly faster because of the new process. For example, the i7-4700EQ 4th Gen device (as used on GE’s SBC3x6, SBC626, DSP281 single board computers and multiprocessors) clocks at up to 2.4GHz base frequency. The closest equivalent 5th Gen device can run at 2.7GHz. That’s a 12.5% boost in performance just due to that increase. However, on closer examination, there are many more factors to take into account.

First, we have the low-end (Broadwell-Y and Broadwell-U–3.5 to 4.5W and 15 to 28W ranges targeted at tablets and notebooks respectively but no doubt destined to appear in some low power embedded applications) and the high end (Broadwell-EP and -EX, monsters that consume 160W and more, but are scalable to many SMP sockets).

Next, there are the server class devices, known as Xeon in Intel’s parlance. These include the Xeon E3-12xx processors packaged for sockets, and the Xeon-D family. The E3 series tend to be of less interest in the rugged embedded world due to them being socket devices (although there are techniques that use specialized sockets or solder balling to adapt them to the rugged world) and having high Thermal Design Power (65W and up).

For many applications, the Xeon-Ds are worthy of further examination. These are System on Chip (SoC) devices that combine the functions typically provided by separate CPU and Platform Control Hub (PCH) chips onto a single package. This simplifies designs, reduces the footprint, and can lower power consumption. They also come in Ball Grid Array (BGA) packages which allow for direct soldering to a motherboard, the preferred attachment when deploying into environments with high amounts of shock and vibration.

Most notable though, is the core count. Two devices have been formally announced—one with four cores, one with eight—and it has been stated in the press that there will be versions with up to 16 cores. This is an interesting departure when compared with the mobile class of processors that are most often used in mil/aero applications. To date, these have been restricted to a maximum core count of four. You get all kinds of goodies—up to 128GB of ECC protected DDR4 memory, caches that all scale with the number of cores, 32 lanes of PCIe including DMA engines and Non-Transparent Bridging, and two 10Gigabit Ethernet ports.

As always, there are tradeoffs, though. What you don’t get includes integrated graphics and any kind of RDMA capability on those 10GbE ports. It is also worth noting that the extended temperature versions will restrict the maximum clock rate of the CPUs. Our benchmarking of key radar algorithms on Xeon-D are encouraging in terms of scalability of performance with the number of cores.

Finally, there are the Broadwell-H CPUs. These again are packaged as BGAs, and come in two flavors—some are SoCs, some are the traditional two chip CPU-plus-PCH combo. What is interesting about the latter is that some versions are pin-compatible with their 4th Gen Haswell predecessors, offering a quick shot in the arm to existing designs as well as bringing improved levels of performance to new ones. TDPs are in the 36-47W range, with core counts of two and four, and integrated graphics, the capabilities of which vary from SKU to SKU. An example is the i7-5850EQ that is featured on our recently-announced SBC347A. Features include four cores with a base clock rate of 2.7GHz and Iris Pro Graphics 6200. An interesting aside is the appearance of 10GbE on the Control Plane of this board, replacing 1GbE on its predecessors.

Given all this, it seems there is a place for both Xeon-D and Broadwell-H in mil/aero applications. The former will find its niche in compute-intensive applications where memory size and core count are important, and the latter in more general purpose computing where higher clock rates and integrated graphics are paramount. Look to see product announcements from GE leveraging both families. 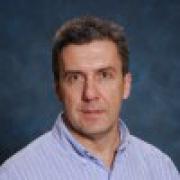