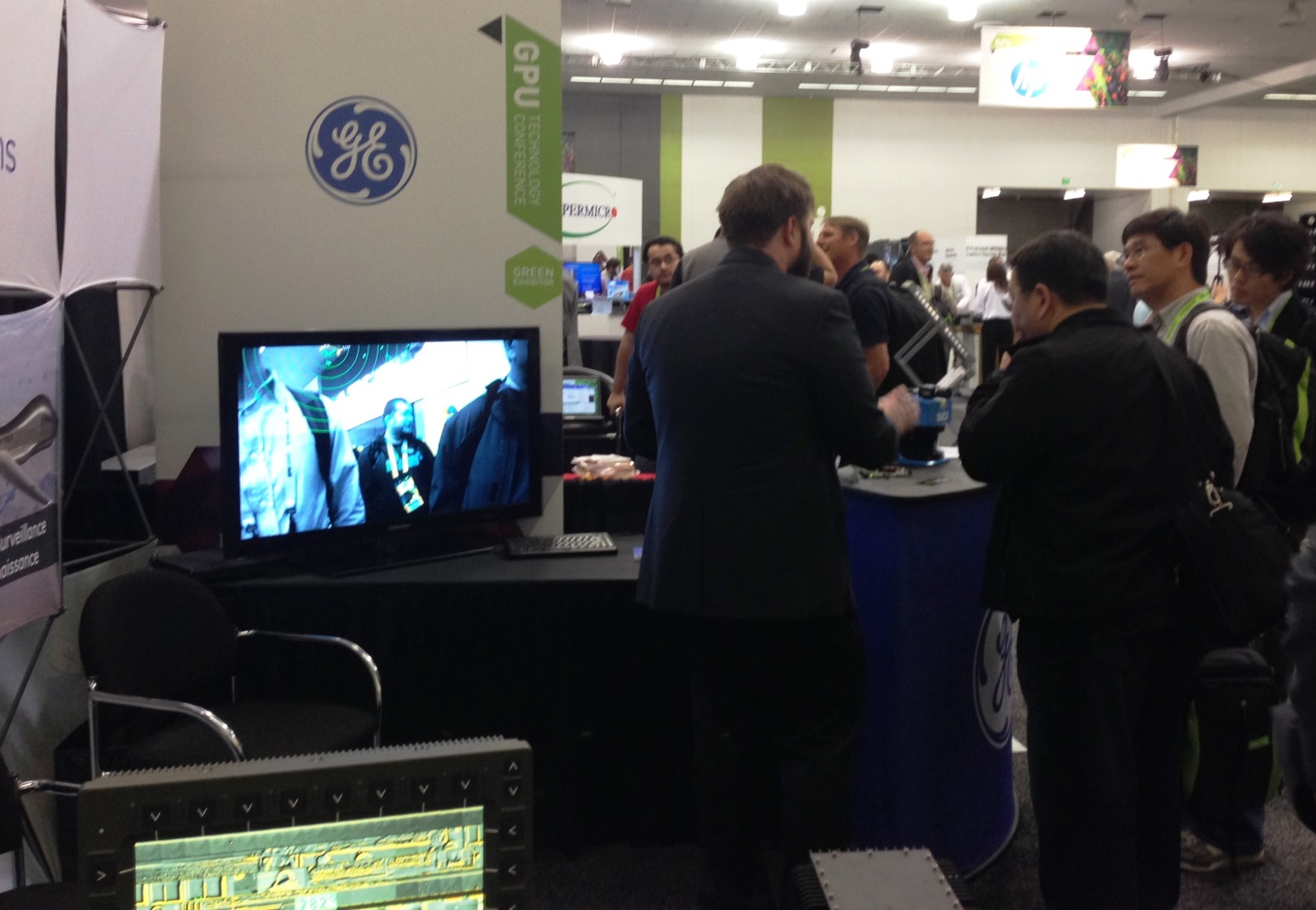 GE Intelligent Platforms attended and exhibited again at NVIDIA’s GPU Technology Conference (GTC) in San Jose, Calif., March 24–27. This was our fourth straight year attending, and there were four reasons it stood out as a particularly memorable event.

Dave Tetley presented on how middleware libraries like VSIPL can help developers to write applications that take advantage of GPUs without having to write CUDA code, and can allow those applications to be migrated between different processor types and generations, thereby protecting software investments.

From demonstrations to product announcements to technical presentations, we experienced a huge amount of interest in the technology and discussed many interesting (and some strange) applications that we look forward to following up on.